Here are five reasons why our housing market is nothing like 2008’s.

Welcome to 2023! It’s been a crazy couple of years in the real estate industry, and there are a lot of questions about what to expect going forward. In this three-part series, we’ll go through the most common questions people have about our market. First, “Where are all the foreclosures?”

It may sound odd, but we aren’t seeing many foreclosures in our market right now. To explain why, I’m going to give you five quick reasons why our market is different today than it was back in 2008:

1. Our labor market is still strong. In 2008, there were 8 million job losses in a single year. Right now, there are certain sectors where things are changing, but not enough to actually give us a net negative in jobs. Most people are working, and our net job loss is pretty close to zero.

2. Current lending standards are strong. These lenders, banks, big insurance companies, Wall Street, etc. got burned badly in 2008. They didn’t want that to happen again, so modern mortgage guidelines are much stricter than they were back then. Do you remember hearing about subprime loans? They were incredibly risky, and they made up a huge portion of our housing market back then. Fortunately, they’re basically nonexistent today.

“Modern loan standards are much stricter.”

4. Mortgage delinquency rates are very low. Leading up to 2008, 10% of all mortgage holders were delinquent. Going into 2023, that number is only at 3.6%, which is holding very close to historical lows. This is all due to less-risky loans, higher credit scores, and more-qualified buyers.

5. Foreclosures are way down. 4.6% of the entire housing market was in foreclosure leading up to 2008, which is a huge number. Now that number is around 0.6%, which is hardly enough to make a dent in the national market.

So where are the foreclosures? They aren’t here, and they likely aren’t coming. Our market is just too different from 2008’s. If you want to know more about our market or anything else, please call or email us. We’d love to talk to you.

Is The Real Estate Market Crashing?

Does the Real Estate Market follow the Stock Market? 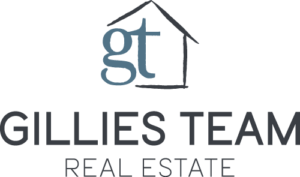